Discover a Package for Every Occasion at Mohegan Sun

Imagine yourself in a packed arena, your favorite band blasting their greatest hits. Now imagine a legendary rocker strumming his or her guitar so close you can almost touch them. Finally, imagine a deep-tissue massage melting away your worries in an elegant spa. You’re imagining yourself in three completely different locations, right?

Wrong. You’re at Mohegan Sun, a AAA 4 Diamond Award-winning resort in Uncasville, Connecticut. Uniting recreation and relaxation, this New England landmark offers a package for every occasion. Whether you’re searching for a wall-reverberating rock concert, an intimate jam session, or a relaxing getaway, 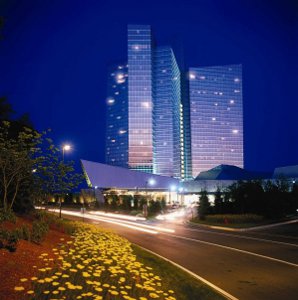 Mohegan Sun is more than happy to accommodate you.

Your first stop for fun is the 10,000-seat Mohegan Sun Arena, which hosts a mosaic of musical acts ranging from Billy Joel to Britney Spears to Kenny Chesney. Ranked the fourth best arena in the world with a 5,001-10,000-venue capacity by Venues Today in 2011, this rock stadium is the perfect place to build your packages around.

Spanning nearly every genre, these concert packages are music to your ears. Available for most musical acts, each package includes two show tickets, a $25 beverage comp to Taughannick Falls Bar, and an overnight stay in the luxurious hotel.

The madness begins with Muse on Saturday, April 13th when the Grammy Award-winning band takes and shakes the Arena stage.

Cheer on country’s sweetheart on Saturday, April 27th as Reba belts out her Southern ballads. Named 2011’s “Casino of the Year” by the Academy of Country Music, this venue caters to the cowboys and cowgirls.

Take a trip back to the ‘90s bopping to the boy band trio of New Kids on the Block, 98 Degrees, and Boyz II Men. Choose between Tuesday, May 28th and Wednesday, May 29th shows.

If you’d prefer a more intimate concert experience, stop by the 300-seat Wolf Den, which features fantastic entertainment acts free of charge. Or, catch hilarious stand-up shows by a cavalcade of comedians at the 350-seat Comedy Cabaret Theatre.

Further the low-key experience with the relaxing Spa Special Package, which features a one-night stay and a $100 credit to Elemis Spa. Ranked the “Best Spa” by Casino Player Magazine in 2012, this rejuvenation refuge is sure to soothe your soul. 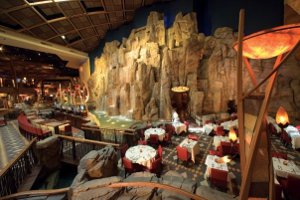 Treat your taste buds with the Dine then Stay in a World at Play Package. Enjoy an overnight stay and a $100 credit to any of five exceptional restaurants, including Michael Jordan’s Steakhouse, which received the 2012 Best Steakhouse Award from Casino Player Magazine. Or, taste a little of everything with The Sun Sampler, a package that includes $50 to decadent dining venues, vibrant nightclubs, or specialty shops.

Whether you want to rock out, eat out, or just hang out, Mohegan Sun offers a package for every occasion.

Lodging in or near Uncasville

The Spa at Norwich Inn

An Orlando Vacation With an Ideal Location at Florida Condos 4 Rent, LLC

The Lodge of Four Seasons is Your Midwest Golf Getaway

Relaxation and Beauty at the Banff Rimrock Resort Hotel